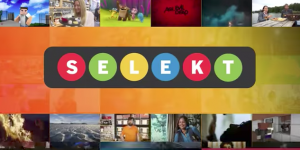 AMC Networks Iberia is planning to launch a streaming service in Spain, in partnership with pay TV distributors, according to local reports.

A promo for the service was posted on YouTube on Tuesday, advertising a mix of channels and on-demand content for €6.99 a month. The service advertises itself as offering content in 4K UHD, available on mobile, tablets, PCs and TVs.

The voiceover says that the service will make available “the best channels and thousands of programmes on-demand for only €6.99 a month”. The promo video gave no information regarding distribution.

According to El Español newspaper, the new service will only be available via pay TV platforms such as Vodafone, Orange and Movistar, at a price to be set by the operator. In the US, AMC recently launched the AMC Premiere linear service in partnership with Comcast at a cost of US$4.99, making top series available without ads.

The service will also include two JV channels with Portugal’s NOS, Biggs and Blast, and its SVOD JV with YouTube network Machinima, according to the report. El Español said the service will also include video-on-demand series. AMC holds the rights in Spain to series including Breaking Bad, Fear the Walking Dead, Mad Men, Humans, Halt and Catch Fire, Turn, The Son, The Night Manager (known in Spain as El Infiltrado) and Into the Badlands.

AMC Networks Iberia SVP of marketing and sales Manuel Balsera told El Español that Selekt could be commercialised by operators without being bundled with telecom services, increasing the penetration of the service outside their telecom base.

The arrival of AMC’s service follows a significant period of expansion of OTT TV offerings in the country. Sky recently announced that it would launch its own OTT TV service in the country, Sky España, joining SVOD services from Netflix and HBO and transactional VOD service Rakuten TV.