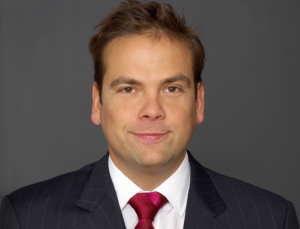 He said that while the pay TV industry had lost around 2% of subscribers over the past year, those gained from the likes of YouTube TV and Hulu Live, plus growth at new cable channels, had helped Fox maintain its “aggregate subscriber number”.

“We are excited by the progress of this new marketplace and believe advances in the viewing experience and increased value to customers will provoke further innovation across all platforms and distributors, and underscores the core pay TV bundle as the best video proposition for customers,” said Murdoch.

Fox CEO James Murdoch added that the US digital MVPD market “has already delivered an aggregate two-plus-million subscribers, set new benchmarks in user experience and packaging innovation, and will prove to be a great catalyst increased and accelerated innovation in the sector”.

The news comes soon after Fox launched FX Plus in the US as an ad-free SVOD offer. This makes the entire FX library, including its original programming, available to Comcast’s Xfinity TV subscribers for an extra US$5.99 a month.

Internationally, Fox is rolling out the Fox+ and Fox Premium services in Europe, Latin America and Asia, while Indian on-demand service Hotstar has crossed the one-billion minute viewing mark, according to James Murdoch.

Also on an earnings call yesterday, Murdoch once again claimed Fox remained “confident” its £11.7 billion (€12.9 billlion) takeover of European satcaster Sky would complete, despite further regulatory setbacks. However, James Murdoch said that it was “more likely” it would clear in the first half of next year, rather than before the end of this calendar year.

In June, the UK government revealed it was set to refer the deal to the Competition and Markets Authority, and yesterday pushed any decision back further by asking watchdog Ofcom to look again at whether Fox would respect broadcasting standards.