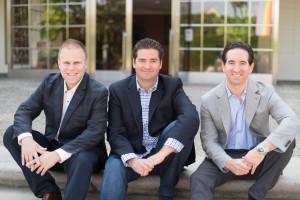 YouTube Red is set to host a Sony-made spin-off from film franchise The Karate Kid, which it will name Cobra Kai.

The ten-episode, half-hour series will arrive on YouTube Red, the SVOD service of Google-owned YouTube, in 2018. It reteams Ralph Macchio and William Zabka, who starred in the original series.

Together, the trio conceived of this new Karate Kid storyline that picks-up decades after the original film ends. Hurwitz and Schlossberg will direct much of the series. James Lassiter and Caleeb Pinkett will executive produce for Overbrook.

“The minute I heard about this project, I knew we had to have it. The Karate Kid became an instant classic in the 1980s, and still resonates with audiences around the world and on YouTube today,” said Susanne Daniels, Global Head of Original Content, YouTube.

“We’re thrilled to partner with Sony TV, Overbrook and the talented writing team led by Josh Heald, Jon Hurwitz, and Hayden Schlossberg to add a fresh, new comedic twist on one of Hollywood’s most storied rivalries.”

YouTube Red is a paid membership that gives you access to YouTube Red Original Movies and Series. It is currently available in the United States, Australia, New Zealand, Mexico and Korea.