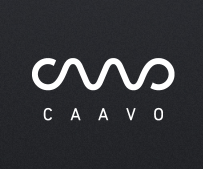 Sky-backed US set-top box start-up, Caavo, is due to launch the first 5,000 units of its unified home entertainment box this autumn.

Caavo first unveiled its set-top box design at the Code Media conference in California in February, and the launch follows two-years of development and beta testing for the product.

The San Francisco Bay Area-headquartered company aims to connect pay TV, streaming, and gaming in one box, which can be operated using a single remote control.

Einaudi is company CEO and previously worked at Microsoft on the Xbox team that launched the Xbox One.

Krikorian died unexpectedly last year aged 48. He first developed the Slingbox TV streaming media device with his brother Jason Krikorian in 2002 and sold the business to Echostar in 2007.

Sky invested US$2 million (€1.8 million) in Caavo last year while the company was still a stealth startup that described itself as “the missing link between your TV and you”.

Caavo is one of a number of media and technology startups that the European pay TV operator has backed in recent years, alongside the likes of eSports broadcaster Ginx TV, French over-the-top TV platform Molotov, IP streaming service provider Roku, and cinematic VR company Jaunt.