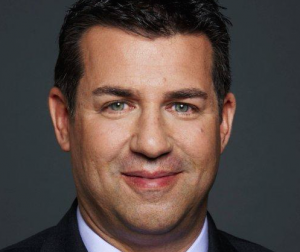 US studio Lionsgate is bringing the worldwide sales chief at its premium cable channel, Starz, over to its own distribution team.

Lionsgate acquired Starz last year in a deal worth US$4.4 billion, and has since been building out its distribution capabilities.

George has worked at premium cable player Starz for nine years, most recently as EVP of Starz Worldwide Distribution. There he scored deals for shows such as The White Queen, Power and Spartacus with international broadcasters and on-demand services.

Before that, he was president of Regency Worldwide, where he worked on production deals with the likes of Lifetime, ABC and Syfy in the US.

At Lionsgate, George will look at licensing opportunities for TV and film products in new markets and territories, and identifying acquisitions for the international sales slate.

He will also act as a liaison as for Starz as its distribution operations integrate within Lionsgate, which has a 16,000-strong slate of films and TV shows.

“The Starz acquisition not only allowed us to grow our content platform exponentially but provided us with great executives to round out our global distribution presence,” said Lionsgate’s president of worldwide television and digital distribution, Jim Packer.

“The recent announcement of Jared Goetz to head up North American television distribution, Gene George’s appointment on the international side and Susan Hummel’s hire to head our Canadian office give us a team that will take us to the next level and a worldwide distribution organisation second to none.”