The arrival of Netflix and other OTT TV players is not causing “a major shift in the evolution of [Telefónica’s] customer base”, according to the telco’s executive chairman, José María Álvarez-Pallete López. 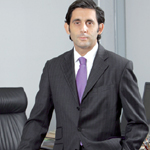 Answering analyst questions following the company’s second quarter results, Álvarez-Pallete said that the company’s Fusión offering was growing its customer base and that he believed OTT players in the country are primarily seen by consumers as “a complementary service” to bundled pay TV offerings.

Álvarez-Pallete said that Telefónica now had a “significantly better catalogue” than any OTT player in the market. He pointed to the company’s success in the second quarter in attracting new subscribers to its converged offerings, despite the presence of Netflix.

Álvarez-Pallete said that Telefónica’s investment in content would be treated as operational expenditure rather than capital expenditure, and would therefore be fully accounted for by the company’s OIBDA operating income figure.

Telefónica’s pay TV customer base in Spain grew by 51,000 in the second quarter, reversing the 41,000 decline in the previous three months, driven by new customers and migration of low-value customers to the Fusión+ Ocio bundle launched in April, which had 151,000 customers by the end of June.

The company has also launched a new entry-level convergence offering including TV to drive penetration further.

Spain has seen the launch of a number of OTT services offering alternative content to that of established pay TV players. Apart from Netflix, HBO launched an OTT service called HBO España in partnership with Telefónica’s rival Vodafone last November. Pay TV operator Sky has also recently announced plans to launch its own OTT service in the country, Sky España, set to go live before the end of this year.