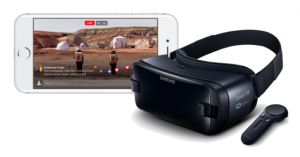 Facebook has introduced 4K resolution support for its Live 360 platform as part of a series of updates that will also see viewers able to view Live 360 videos streamed in 4K in virtual reality.

Separately, Bloomberg has reported that Facebook will launch its delayed TV service next month.

“We’re excited to see all the great moments you share in 4K with Live 360, and how your friends and followers experience these moments in fully immersive VR,” said product manager Chetan Gupta and product marketing manager Caitlin Ramrakha in a blog post.

Facebook is also introducing ‘stabilisation’ features to adjust streams for shakiness, and a guide tool to direct viewers to the most important part of a broadcast.

The addition of the new features can be seen within the context of Facebook’s relentless drive to position itself as a prime video destination. The company rolled out Facebook Live last year, with the 360 version following in December.

Bloomberg has meanwhile reported that Facebook is planning to launch its delayed TV service imminently. According to the news agency, citing unnamed sources, the company has asked production partners to deliver the first episodes of short-form shows. Facebook has also started funding longer-form TV shows to be launched later on the site, according to Bloomberg.

According to Bloomberg, Facebook is planning to fund a raft of original shows that will likely to shown in a dedicated part of the site outside users’ news feeds.

Meanwhile, other new Live 360 features introduced by the social media giant include Scheduled Live, a tool that allows users to let their followers know the date and time of a broadcast, and charity donate buttons, both already available on Facebook Live.

As part of its updates, Facebook is also launching a Live 360 Ready Programme, providing verting of an array of third-party cameras and software to enable Live 360 experiences. So far, the programme has approved 11 cameras and seven software suites covering use cases from user-generated video to professional publishing, according to the company. Live 360 ready cameras and software will feature the Facebook Live logo on their packaging or website.