Cable and telecom group Altice is to launch its new French premium channel dedicated to movies and series, Altice Studio, on August 22.

The new channel will be a key part of the entertainment element of Altice’s three-pronged move into content, alongside its news and sport services. It will supplement existing entertainment services SFR Play and the French operator’s subscription video-on-demand service as well as channels from NBCUniversal and Discovery, with which SFR has exclusive deals.

Altice Studio will air 400 films a year and will launch two series each month, including exclusive series Taken and Riviera.

Altice has concluded movie deals with distributors Gaumont, Pathé, Mars, Europacorp, Wild Side, SND, MK2, le Pacte and others, and will offer premieres including Les Pépites and Lion as part of its programming line-up. The operator’s deal with NBCUniversal will give it films including the latest Jason Bourne movie, animated comedy Sing, Fifty Shades of Grey, Fast & Furious 8 and Despicable Me 3. It will also air new series The Sinner immediately after its release in the US. 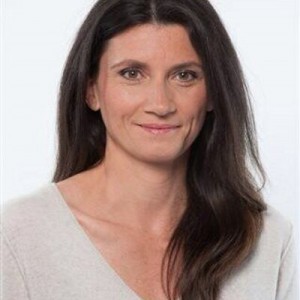 Other content on the channel will include a weekly magazine show on cinema and series presented by Candice Mahout and a weekly show dedicated to cinema called Différemment.

Altice Studio will be integrated into SFR’s packages and will also be offered as an OTT TV service from September. The channel will be headed by Guénaëlle Troly, deputy CEO of RMC Découverte.

“In line with what we’ve already announced, the launch of Altice Studio will enable Altice to complete its entertainment offering, wich, with news and sports, is the third pillar of our content strategy,” said Alan Weill, CEO of Altice Media.

“In combining in one 360° platform Altice Studio and SFR Play, we are in effect launching the biggest offering of films and series in France, in a value proposition bringing together linear and non-linear consumption for the first time. I am convinced that these two modes of distribution will henceforth be absolutely inseparable. Our new 360° cinema and series platform meets the new ways in which the French are consuming fiction.”