Warner Bros. Digital Networks (WBDN) has expanded with a trio of hires, including hiring a former Netflix original content exec. 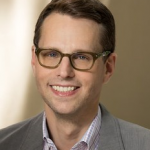 Besner has been named senior VP of business development, working on a portfolio of digital services and production units to grow their revenues through distribution.

He formerly worked at SVOD giant Netflix, where he helped launch the firm’s original content activities as VP of original programming.

After leaving Netflix, he became head of global acquisitions and non-music audio for music service Spotify.

He joins directly from Spotify, having also worked at Star Wars company Lucasfilm on distribution.

Salter is making an internal switch, joining from Warner Bros. Corporate Business Development & Strategy, where he worked on M&A deals and strategic investments.

At WBDN, he will be SVP of business and strategic planning.

In part, the role hands him control of all M&A activities at Warner Bros.’s over-the-top and networks. He will report to Thomas Gewecke, Warner Bros.’s chief digital officer and EVP of strategy and business development.

Soo, meanwhile, joins as SVP of marketing from multichannel network and SVOD service Fullscreen. She has also worked for Hulu.