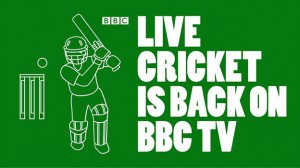 Live cricket is to return to the BBC for the first time in 21 years as a result of a five-year deal between the UK public broadcaster and the England and Wales Cricket Board.

The deal, which runs from 2020 to 2024, will see the BBC become the exclusive, free-to-air home for cricket.

The BBC will also broadcast primetime TV highlights of England men’s home international matches. In total, there will be over 100 hours of cricket back on BBC TV from 2020.

The deal marks the first time cricket will be present on free TV since 2006, when a previous free-to-air deal with Channel 4 expired.

“The BBC is delighted and the public will be too. It’s long been our ambition to bring live cricket back to BBC television. I’m thrilled to see that ambition realised. Cricket is an integral part of the British summer and the BBC will be putting its full weight behind the nation’s favourite summer sport,” said BBC director-general Tony Hall.

“Our aim will be to make the new T20 competition a huge success. Existing cricket fans – and the millions more who will discover a new love of cricket – have a huge amount to look forward to.”

Sky Sports will retain the pay TV rights to English and Welsh cricket.

Under its deal Sky will air all England home Tests, ODIs and T20s, women’s matches and county cricket.   Sky Sports will also air all matches from the new eight-team T20 competition launching in 2020.

Barney Francis, managing director of Sky Sports said: “At Sky Sports we love cricket and so do our customers. This is a ground-breaking agreement that represents a new and exciting approach to sports rights in this country.  It extends our partnership with the game into a third decade and will see us work with the ECB to excite and engage cricket fans of all ages.  We will continue to innovate in our coverage and make it accessible across our channels, products and services.  And drawing on our experience of getting millions on their bikes with our successful eight-year Sky Ride initiative, we are committed to working with the ECB to help grow the game at all levels.”