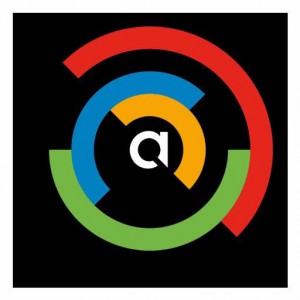 Chilean telecom operator GTD has deployed UK set-top and TV software specialist Amino’s Enable virtual set-top box software platform, enabling it to upgrade its set-tops and provide a unified user interface across its customer base, while extending the lifespan of its legacy devices.

Amino said that GTD, having moved to an all IP network, wanted to adapt both its middleware and set-top hardware platforms.

However, with an extensive customer base still using legacy boxes, the operator wanted to extend the life of its existing hardware deployments, but also enhance its infrastructure by implementing a more stable middleware platform.

Amino worked with GTD to deliver a new user experience to the telco’s legacy boxes while providing the means to bring in new Amino devices.

In an interview with DTVE, Amino CEO Donald McGarva said that Enable solved a key problem faced by operators as they sought to upgrade their TV platforms while continuing to use existing legacy set-top boxes.

“Broadband is where it is at [in terms of operator margins] but they cannot afford not to be in video. It is how to stay sticky. It is still a necessary part of the mix,” said McGarva.

“They don’t however want to invest a lot of capital expenditure to deliver new stuff. The first challenge is how to upgrade the existing platform.”

McGarva cited Amino’s deployments with operators including Cincinnati Bell and PCCW – where its software is deployed to Samsung boxes – to highlight how operators could deploy new services from the cloud while continuing to use legacy boxes as they upgraded their client hardware in a step-by-step way.

McGarva said that the entire user experience could not be delivered from the cloud. He said that Enable, which involves a software upgrade of legacy boxes, could deliver a subset of advanced services but that operators would continue to require some sort of hardware devices in the home.

“Things that require performance locally like the EPG and channel change we would want in the box,” he said.

Amino’s Enable middleware is available as a virtual set-top platform as well as powering its View set-top boxes. The company also offers an OTT solution based on its acquisition of Finland’s Booxmedia.

Amino also recently launched an Android version of its box, tying in with growing demand for Android TV from operators. According to McGarva’s Amino’s implementation of Android TV enables operators to retain a better degree of control than other implementations.

“We allow them to take advantage of Google Play but still have their own content and aggregation features,” he said. “You have search across the whole network but you can also curate in a way that gives your stuff priority. [The platform] will also tell you what is available through YouTube.”

McGarva said growing interest in Android TV fitted with a reluctance of operators to invest heavily in their own IPTV platforms. Operators, he said, were interested in offering skinny bundles and third-party services as a way to retain consumer loyalty while focusing most of their own efforts on broadband and mobile services.

He said that operators were keen to move to an ‘opex’ model for TV while focusing most of their capex on broadband and 4G mobile services.