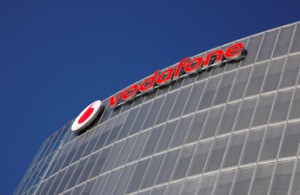 Vodafone España has been ramping up its 4K content recently, striking deals with Sony Pictures Televsion and Paramount Picture in May to offer 4K UHD movies as part of its Videoclub offering.

The operator has also aired the main La Liga football daily match in 4K, along with making content from Netflix avaialb ein the format. Other 4K channels on the platform include Odisea 4KFestvial 4K and Funbox UHD.

Vodafone is also adding Betis TV, the channel of Seville football club Real Betis Balompié. The channel airs exclusive interviews, magazine programmes and and other content about the club, including repeat coverage of weekend matches. The channel will be included in Vodafone’s TV Total and Vodafone Sport packages as well as its commercial offering, Vodafone Bares.

Finally, Vodafone, is adding Iberalia TV, a channel dedicated to hunting, fishing and the conservation of nature. The channel will be part of Vodafone’s Caza package.