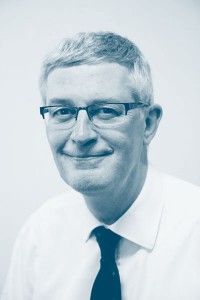 Digital Mobile Spectrum Limited (DMSL), which provides information and help to UK viewers of terrestrial television should mobile networks operating at 800MHz cause disruption to their service, has appointed David Meyer to its board as a non-executive director and chair.

DMSL, which is also currently helping support the clearance of TV from 700MHz spectrum, is a joint venture of the UK mobile network operators.

Meyer has been chair of the UK Spectrum Policy Forum since 2015, and is chair of the Ofcom Spectrum Advisory Board, a position he has held since 2011. He has also worked as a consultant, covering cyber and technology issues for public and private sector clients. In 2010, Meyer was chief information officer at the Foreign & Commonwealth Office. He previously served in the British Army as a Royal Signals officer from 1978 until 2010, ending his military career as deputy chief information officer in the MOD where he was responsible for reform of MOD’s spectrum policy.

“I look forward to supporting and helping guide DMSL. Andrew created a unique organisation that delivers vital support to TV viewers. I seek to help DMSL develop, and to continue its major contribution to making the best and most efficient use of UK spectrum. I’ve no doubt the strong team in the company will also continue to ensure the least amount of disruption to existing users,” said Meyer.

DMSL CEO, Ben Roome, said, “David brings in-depth knowledge and significant leadership experience of working with stakeholders in UK spectrum. All of us at DMSL are excited by David’s appointment and look forward to supporting him in his new role.”