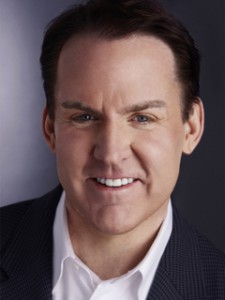 Brian Philips is leaving Viacom cable channel CMT after 16 years with the network.

Frank Tanki has been handed control of the channel as president Philips steps down.

Philips has joined as senior VP and general manager, riding to his current post in 2009.

He told staff he had been considering an exit for some time, but remained as the network went through a recent “brand renewal”.

Tanki will lead CMT along with his other network, TV Land, reporting to Spike, TV Land and CMT president Kevin Kay.

“CMT is one of the most distinct brands in all of media and Frank is the perfect leader to guide the team to new summits of success,” said Kay, who took his post following Bob Bakish’s ascent to Viacom president and CEO.

“I am confident that Frank will apply the same ingenuity that has been the hallmark of his career at Viacom to ensurethat CMT continues to thrive, while keeping the network true to its brand.”

CMT, which began life as a basic cable country music network before moving into scripted and reality programming under Philips, who is credited for bringing Nashville to the channel after ABC cancelled it.

Ratings are up 14% year-on-year, but CMT was not identified as one of the six core brands Bakish plans to rebuild Viacom around.

Philips is the latest veteran Viacom programming exit, following those of Doug Herzog, Sharon Levy, Stephen Hill and Zola Mashariki among others.