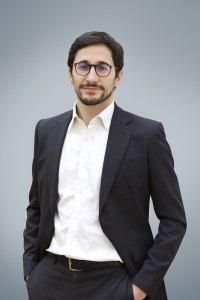 With Branco leaving his role as general manager and VP of France, Portugal, Africa and Israel, local teams will look after France and Africa until a new GM is found.

These teams will report into Turner Southern Europe and Africa senior VP Jaime Ondarza, who will directly aid management of the affected territories in coming months.

He will also look after the P&L and regional strategy, with a focus on finding new revenue and profit driving schemes.

Turner credits Branco with reinvigorating business in his current operating territories, noting that Africa and France recorded their best commercial and ratings performances to date under his leadership.

He joined the Time Warner-owned business in 2006.

“At a time when we are developing ambitious new initiatives in the Northern Europe region alongside a relentless focus on our core channels business, this is a particularly important appointment and amongst a high calibre of candidates. Pierre stood out for his exceptional track record in building our brands and driving growth,” said Stock.

“His combination of industry knowledge, a deep commitment to leveraging the digital trends shaping our business and a passion for putting our fans at the centre of everything we do, will bring vision and momentum to the Northern Europe business to take it to the next level.”

Stock, who has led Turner EMEA since 2013, said it was “particularly rewarding, and proof of the calibre of talent” at Turner to promote from within for the role.