Freeview has a key role to play in bringing the UK’s “digitally-excluded” into the connected world through the Freeview Play platform, according to Guy North, managing director, Freeview.

Consumers have “never had it so good” in terms of TV services available and they way they can put those together themselves said North. 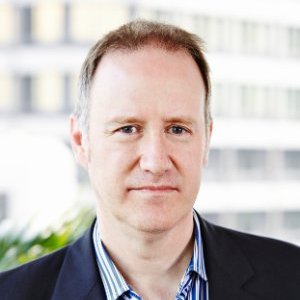 Speaking at the Marketforce Future of Broadcasting conference this morning, he said that there are still a large percentage of UK viewers – 13 million – who are “digitally excluded”, but who watch a lot of TV. He said Freeview could “help them get into the connected world”.

Freeview Play could enable consumers put together their own bundles while acting as a connectivity gateway for the digitally excluded, said North. He said that Freeview was a brand that had resonance with a wide audience, including this digitally-excluded segment.

North said that consumers can now supplement Freeview with services such as Netflix, he said. “The skinny bundle is with us…and here to stay,” he said. Freeview’s job is to target the ‘middle-ground’ audience that wants free TV and a “bit of pay”.

Citing the launch of Freeview Explore, North said that anyone in the TV business that stands still “does so at their peril”.

Kodak, Blockbuster and Comet are examples of brands that did not remain relevant for consumers, he said.