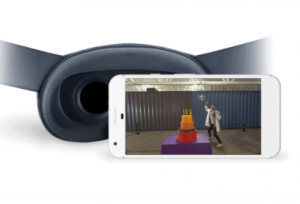 YouTube CEO Susan Wojcicki used an onstage interview at the Vidcon content creators event in the US last week to unveil a new partnership with Daydream to make it easier for content creators to develop virtual reality videos and new adaptive functionality for the YouTube mobile app.

The VR180 format delivers 3D video while capturing 180° of coverage around the person filming. Creators can record what’s in front of them while creating a 180° VR experience.

She said that YouTube was also collaborating with camera manufacturers including LG, Yi and Lenovo to build VR180 cameras that could cost as little as US$200.

Google recently highlighted that three quarters of 360° video users only looked at the video in front of them, meaning most did not take full advantage of 360° video coverage. The VR180 format will be viewable on the PlayStation VR YouTube app and the format will support live streaming.

In her Vidcon interview, Wojciki also said that in the coming weeks the YouTube mobile app would dynamically adapt to whichever size of video the user was viewing, including vertical, square or horizontal formats.

She said that the new sharing feature that YouTube unveiled last year would be available in Latin America initially in a couple of weeks, with the US to follow soon after.

Wojcicki also said that YouTube TV, which enables users to stream shows and sports events from broadcast and cable networks in the US, would be launched in 10 new markets across the US.

Wojcicki said that YouTube recently cross the threshold of 1.5 billion logged in viewers a month. She said that viewers on average spent over an hour a day watching YouTube on mobile devices alone.