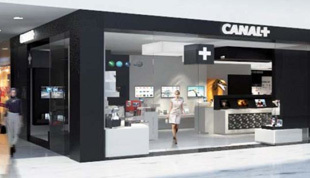 France’s competition watchdog has removed the majority of restrictions placed on pay TV operator Canal+ originally imposed to greenlight its merger with TPS, freeing the operator up to strike exclusive premium channel deals with the likes of BeIN Sports as well as to retain exclusivity of series that it pre-finances.

Citing the changing conditions of the market, and notably the emergence of Altice as a key competitor in premium pay TV, the Autorité de la Concurrence said that Canal+’s previously dominant position was now “more and more contested across the markets in which it operates”.

The regulator said that the emergence of Altice, which has struck exclisve deals with the likes of Discovery and NBCUniversal, as well as building its own portfolio of premium channels, was a key factor in its thinking. It also cited the emergence of new international OTT TV players such as Netflix and Amazon, which were competing with Canal+ in the SVOD market and were providing effective competition for premium US rights in particular.

Crucially, the Autorité de la Concurrence has lifted the restriction that prevented Canal+ from making premium channels exclusive to its platform. The watchdog said that Altice had struck exclusive deals with premium channel providers, and ruled that maintaining the existing restriction on Canal+ would be disproportionate.

This could open the way for Canal+ to strike an exclusive deal with struggling premium sports rival BeIN Sports, something it was blocked from doing a year ago.

BeIN subsequently struck a non-exclusive deal with the pay TV operator. However, it channels are also available on Altice’s platform.

The freeing up of Canal+ to strike exclusive deals is conditional, however, on Canal+ making the service available to any third-party distributor that wants to include it in their overall offering.

At the same time, the Autorité has removed certain restrictions imposed on Canal+ that were designed to allow third-party distribution platforms to compete effectively with Canalsat.

The Autorité has also removed all restrictions on the Ciné+ movie channels operated by Canal+, which it previously had to make available to third-party operators, on the grounds that there are now significant competitors available in the form of OCS and the forthcoming SFR Studio services.

The Autorité de la Concurrence has withdrawn the imposition of conditions on Canal+ buying movies rights from US studios. It has maintained the restriction that prevents Canal+ from concluding exclusive framework agreements for the acquisition of French movies. However, the regulator said that it could lift this restriction if another pay TV operator strikes a framework agreement with a major French film producer.

The authority has maintained other obligations related to French films and the windowing of rights designed to ensure that Canal+ continues to finance the creation of French films.

Similarly, in the case of video-on-demand rights, Canal+ can now strike exclusive deals for US titles but not for French ones. Canal+ cannot couple on-demand and non-linear rights.

However, crucially, Canal+ has been granted the ability to make series that it pre-finances available exclusively on its platform.

The pay TV operator can also now make five original French movies available on its VOD platforms for a limited avant-première window of a maximum of seven days.

Film unit Studiocanal can now sell exclusive rights to third-party non-linear platforms, and can sell rights exclusively to Canal+ platform to an upper limit of 50%.

The watchdog meanwhile maintained an obligation that Orange’s OCS service should remain independent of Canal+.

The new rules governing Canal+’s behaviour will hold until the end of 2019. The regulator said that imposing restrictions for five years, as it had done previously, was no longer justified given the changes in the competitive situation in France.

Canal+ responded neutrally to the lifting of restrictions. The pay TV operator said that it had taken note of the decision, which was evidence that the Autorité had “partially taken into account” the “transformations past and to come in the pay and free TV markets, marked by the rapid emergence of powerful competitors particularly active in the acquisition of audiovisual content”.