Two of Europe’s primary public broadcasters are strategically combining their arsenals to combat the growing threat of Netflix and Amazon.

France Télévisions and Italy’s Rai will coproduce a range of high-end programmes across genres such as drama, documentaries, animation and entertainment. 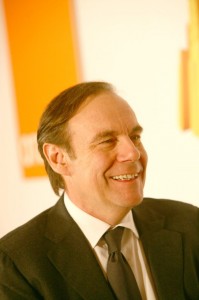 These will all be in English “in order to be able to compete on the international market”, according to France Télévisions managing director Xavier Couture quoted in Variety, which firstreported the news.

In effect, this will allow them to sell better on the international market and better recoup the initial investmentoutlay.

France Télévisions is already preparing its own SVOD service to tackle its US rivals, and plans to launch it in the autumn of this year.

At a press conference in Rome yesterday, Couture suggested the partnership could be deepened to create a broader alliance of European pubcaster working together to negate the growing hold of SVOD.

“These players from the US such as Netflix and Amazon are very powerful, and they all have stories to tell that are not our own, but Europe is the most powerful cultural region in the world,” said Couture. “We can counter them together.”

Rai already has production partnerships with Franco-German pubcaster Arte and Switzerland’s RSI. Its MD, Mario Orfeo, said such pacts were important as “the world of media and television is coming under very strong competition, especially by global players that have more resources”.

Neither side disclosed how much they would invest in each project, Variety reported. However, both are becoming more active in international coproduction, Rai in particular.