Solid progress has been made in enabling production companies and broadcasters to invest in UHD TV, but significant challenges remain before adoption of services becomes more widespread, according to a panel of technologists speaking at the SES UHD TV Conference in London. 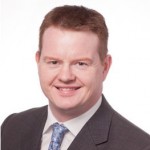 Ian Trow, senior director, emerging technologies and strategy, Harmonic, said that people were “future-proofing” the production business for 4K and UHD TV services. “We are are optimistic from that point of view,” he said. Companies were interested specifically in compatibility with SDR and classic HD services for the same content, he said. “The signs are good,” he said.

However, said Trow, consumers had bought screens on the expectation that services would be available when they are switched on. There is a need to enable those who have already bought screens to be able to view UHD TV content, he said.

Trow said that there are “key issues” that still must be solved to ensure that broadcast workflows work.

Trow said that OTT multicast technologies were also stimulating UHD TV, enabling investment to be done on an opex-based model rather than capex.

Tim Felstead, head of product marketing, SAM, Snell Advanced Media said that consumers would perceive a significant difference between HDR and SDR, with HDR likely to provide “a driver for set replacement”. However, he said, the challenges to producing content are “manyfold”, with a need to have systems in place to support the technologies that already exist, “which is where the money is”, alongside the development of UHD workflows in parallel to these.

Felstead said that many customers were not prepared to invest in higher production formats “just for the sake of it – there has to be a business model there”. Costs were still high, even if developments are “on the right path”, he said.

Felstead that resolution of channels would become “an economic choice” that would vary “across the spectrum” but that he expected all broadcasters to want to improve contrast ratio and dynamic range, even if their channels remained in standard definition.

Peter Sykes, strategic technology development manager, Sony Europe said that cameras, switches and conversion technologies are now available to enable companies to invest, which was not the case 12 months ago.

He said that standards for production are now also in place, meaning that production companies have a choice of suppliers.

Sykes said that Sony was now involved in proof of concept trials with broadcasters. However, he said, these companies want to make sure all technologies are aligned before they go on air. They particularly want to make sure that the quality of existing SDR and HD content is not diminished.

Mark Wilson-Dunn, VP, BT Media and Broadcast Enterprises, said that it is difficult to work out an economic model to pay for production workflows to be changed, particularly in the UK. In India, on the other hand, Star TV is going from having little infrastructure to building new platforms from scratch.

“There, 4K is not seen as rocket science, and that is where it is going,” he said. However, he said, there remained an issue over how many consumers would actually pay for 4K content.