Modern Times Group (MTG) is to acquire US games publisher and developer Kongregate from its current owner GameStop Corp for US$55 million.

San Francisco-based Kongregate, which began life as a browser-based games developer but expanded into mobile and ‘Steam’ games and recently acquired San Diego-based games studio Ultrabit, grew its net sales by 38% last year to US$35 million. Mobile revenue generated from in-game purchasing and advertising grew by 74%.

According to MTG, Kongregate is expected to grow its revenues to at least US$50 million this year. The company, which shares revenues with games developers, will, together with MTG, move to acquire further first-party games developers.

Kongregate games attract up to 14 million monthly active users. Its web gaming portal has over 100,000 free-to-play games, and it has published 45 mobile games to date that have been downloaded over 100 million times.

MTG’s latest foray into games as it seeks to diversify away from traditional pay and free TV follows its recent acquisition of a majority stake in Hamburg-based InnoGames. 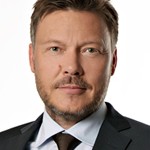 Jørgen Madsen Lindemann, MTG President and CEO, said: “This investment is in line with our strategy to invest in relevant, complementary and scalable digital content and communities. Online gaming is one of our three digital entertainment verticals, and we are establishing a presence in a gaming industry expected to be worth some USD 130 billion in 2020, of which mobile gaming is the fastest growing segment. Almost a third of the time people spend on mobile devices each day is spent gaming. We look forward to welcoming the high quality, hugely talented and well proven Kongregate team to MTG.”

Arnd Benninghoff, MTG EVP and MTGx CEO, said: “MTG’s ambition is to create a next-generation publisher hub and acquiring Kongregate is the next step in this journey. They have a multi-platform business and a global audience network, and are now developing and acquiring their own high value game studio IP. This will enable us to screen a wide range of gaming companies at an early stage, in order to find additional investment opportunities.”