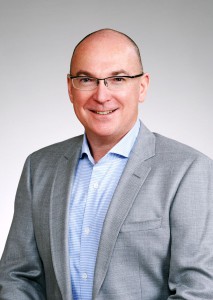 Flanagan replaces Asia Ireton, who has held the role since 2013.

Flanagan comes from London-based gift card retailer Blackhawk Networks, where he was president and representative director of Japan and South Korea.

However, he’s best known in entertainment circles as VP of marketing at 20th Century Fox Japan and as a leader on the team that launched Japanese MSO J: COM while at Liberty Media. He has also worked at Apple, Dyson and Amazon.

A+E has also tasked him with working closely with local partners, distribution platforms and ad clients, and to scale the presence of A+E brands in Japan and surrounding regions.

A+E created History Japan as a joint venture with Super Network in 2001.

Last year, A+E increased its holding in History Channel Japan from 50% to 80%, and has repeated pointed to “aggressive” growth plans since. Flanagan’s appointment would “further bolster” company strategy in the Japanese market.

“John Flanagan is a talented executive whose decades of experience in cable TV, digital media and the retail marketplace are perfectly suited to maximising THCJ’s growth as we continue grow our footprint throughout the region,” said Edward Sabin, executive managing director of international at A+E.

“We are thrilled to welcome Flanagan as our new GM and look forward to building on the success and momentum our channel has achieved over the past four years under the sage guidance of our current GM, Asia Ireton,” said Akira Miyauchi, president of Super Network. “I am extremely grateful for her remarkable service and the success she has brought to the channel.”

The news comes soon after A+E bought NBCUniversal International Networks out of the pair’s channels joint venture in Germany.