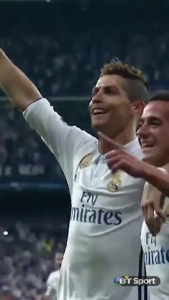 BT Sport is partnering with Snapchat in the UK on social coverage of Saturday’s UEFA Champions League Final.

Snapchat’s ‘Our Story’ coverage of the Juventus vs. Real Madrid match will include clips and match footage from BT Sport to complement the Snaps submitted from fans in the stadium, the teams, and people watching at home.

BT said that the commercial partnership will give Snapchat’s UK users a new way to experiencing the game, and claimed it is “the first deal of its kind with a European broadcaster around football”.

“We believe these Stories complement our innovative live match coverage, and we hope to give new audiences a distinctive and engaging experience.”

Ben Schwerin, VP partnerships, Snap Inc, said:  “We’re always thrilled to work with innovative partners like BT Sport to develop our sports coverage in the UK, in Europe and worldwide.”