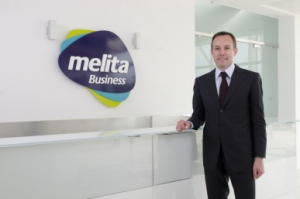 Vodafone Malta and local cable player Melita are to merge, with the shareholders of Melita taking a 51% stake in a deal that values Vodafone Malta at €208 million and Melita at €298 million.

The agreement between Melita’s shareholders – Apax Partners Midmarket and Fortino Capital – and Vodafone will combine the country’s leading mobile player with the leading cable operator. Both networks cover 99% of the Maltese population.

The combined company will operate under the Vodafone brand and distribute services including Vodafone’s global portfolio of products and services. The pair stated that the aim of the merger is to create an operator with the scale and resources to provide residential quad-play services alongside a full range of business-to-business offerings.

The new merged company will be in a better position to compete with incumbent telco Go, the pair said.

The company will be led by current Melita CEO Harald Rösch, while Caroline Farrugia, CFO of Vodafone Malta, will be CFO of the combined group. The current Vodafone Malta CEO, Amanda Nelson, will be appointed to another role within the Vodafone Group.

The deal is expected to close in the second half of this year, subject to approval by the Malta Competition and Consumer Affairs Authority.

In an interview with Digital TV Europe earlier this year, Rösch said that Melita had traditionally been seen as a premium fixed-line service provider but “the cheap guys on mobile”, and added that one of its key goals was to increase the value of its mobile base and focus on quad-play offerings.

Rösch said that Melita had a 10% share of the enterprise market and about 17% of the mobile market, and identified both as key areas for growth in a geographically restricted market. The company had taken steps to invest in both areas on its own ahead of the Vodafone deal, with a plan to launch 4G services penciled in for the second half of this year.