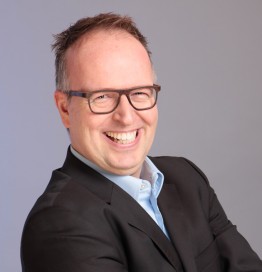 The long-term growth in internet bandwidth and computing, combined with the “detachment” and “low attention span” of millennials for classic TV, will have a massive impact on the traditional media industry over the next few years, with ‘mixed reality’ likely to play a major role, according to Kai-Christian Borchers, CEO of TV technology outfit 3Screen TV.

Speaking at the Connected TV World Summit this morning, Borchers said that social media platforms are responding to changes by moving into creating content for their target market and thus retaining their grip on younger age groups.

Borcers pointed to the example of a spectator who broadcast on Periscope the FA Cup match between Manchester City and Crystal Palace and for 139,300 viewers.

Borchers said that disparate sources of content were being aggregated by social media platforms.

While virtual reality may remain a minority activity, the Photonic Lens Chip developed by Magic Leap and mixed and augmented reality propositions could change the name of the game, he said. Magic Leap-enabled glasses could “change the way content is produced and the way we navigate content”.

“This could lead to a place where there is campfire TV experience but where everybody wears glasses and sees [their own experience] and this could happen sooner than we think,” he said.

Borchers said that voice control could also have a transformative impact. He pointed to his own company’s Alexa skill development, where viewers can ask ‘what have you got for me tonight’ and have their voice analysed in the cloud through artificial intelligence techniques for emotion and mood before providing a recommendation.

“The technology is moving very fast and is being powered by these big cloud provider like Google and Amazon and [growing] computer power is the fuel for this,” he said. “if you look at how technology has evolved, the PC was created in 1981… and now everyone is looking at their smartphone screen. Our entire behaviour has changed. VR was introduced last year so how is it going to look in 2025?”

Borchers said he believed that the future of TV would be “personalised”, based on a mix of content aggregated from the cloud, and would include many of these other elements such as mixed reality.