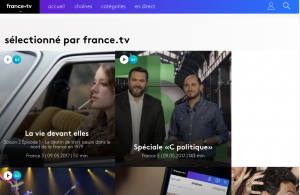 The launch of the new site, france.tv, is the first major step towards the launch of a wider subscription video-on-demand offering in later this year designed to provide an alternative to Netflix in France.

As part of the launch, France Télévisions has shortened the time taken to make catch-up content available to 30 minutes, down from about four hours with Pluzz.

Users must also register to use the service, allowing them to receive personal recommendations and helping France Télévisions build up a useful database of viewers.

France.tv will be extended in September to include content from other thematic portals – Culturebox, youth-oriented Ludo and Zouzous, francetveduction and francetvsport.

Other features including startover and voice control will be added in the coming months.

France Télévisions director-general Delphine Ernotte-Cunci recently confirmed that the planned SVOD service would be launched in September. She told financial daily Les Echos in March that the pubcaster had agreements in principle with a number of production companies based on revenue-share arrangements.