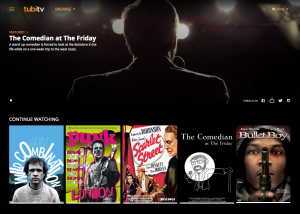 Ad-supported video-on-demand service, Tubi TV, has raised US$20 million in Series B funding.

The Wall Street Journal first reported news of the financing, which was confirmed on Twitter by Tubi TV founder and CEO Farhad Massoudi.

Massoudi told the WSJ that Tubi TV will use the new funds for marketing and to invest in its in-house analytics and recommendation platform. The new round takes Tubi TV’s total funding to US$34 million to date.

Tubi TV is a US-based VOD service that has partnership deals in place with companies including Lionsgate, MGM, Paramount, Starz, The Weinstein Company, Sky and ITV.

Tubi TV’s content is free to watch and available across “all major streaming devices” – including Android, Apple, Roku and Amazon devices.