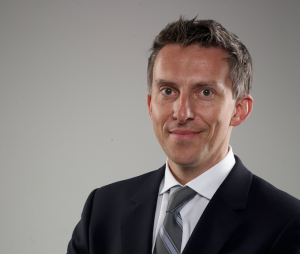 Welling has been with Discovery for nearly two decades, most recently as senior VP, international brand and franchise development for Discovery Networks International.

He has also run channel portfolios in the UK, and Central and Eastern Europe, overseeing programming, production, marketing and communications, and worked at Virgin Media predecessor Flextech, United Artists and Grampian Television (now part of ITV).

AtScripps, which he joins today, he’ll be responsible for all programming and content functions across linear channels, digital platforms and VOD and OTT services.

This will mean he plays a key role in strategic visions for channels such as HGTV, Food Network, Travel Channel and Fine Living Network, which run in more than 130 territories across the EMEA region.

He’ll be based in London and report to Phillip Luff, managing director of UK and EMEA for Scripps Networks Interactive.

Welling worked with Luff at Discovery, before the latter joined Scripps in December 2014.

A spokesperson for Discovery said Welling’s role would be filled.

“Paul is a dynamic leader who inspires and cultivates creativity in all he does,” said Luff. “His extensive background in building big, bold brands, curating content and developing high-quality digital products with premium commercial value will serve our team well as we as we further grow and solidify our channel portfolio across the region.”