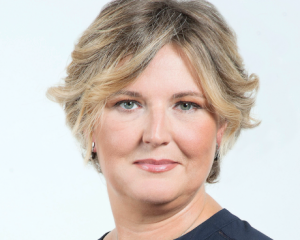 Stewart has been named VP of distribution, Italy, at the Hollywood studio’s international operation.

She will be based in Milan, where SPT already has one office and is planning a second that will open its doors over the summer.

Her appointment comes almost a year after the departure of former Italy sales chief Marco Cingoli, who has since joined Detective Montalbano producer Palomar Television & Film Production as head of entertainment.

Stewart will report to SPT’s senior VP, distribution, Andreas Brosjo, who said: “Zelda has unrivalled knowledge of the Italian media landscape and a deep understanding of what buyers need. She is poised to further our ambitions in Italy and brings incredible insight and skill to this important market.”

Stewart began her career in the UK at companies such as Virgin Media predecessor Flextech Television before moving to Italy two decades ago.

Initially, she joined Disney Channel’s marketing team before switching to acquisitions at commercial broadcaster Mediaset in 2001.

By 2005 she had risen to head of acquisitions, and has held the post ever since.

Last year, DTVE sister title TBI broke the news SPT had cut a number of distribution roles at its international based in London, which is headed by Angel Orengo.

In Italy, the company has been focused on building its channels business, and entered local digital free TV last month after acquiring the NekoTV and Capri Gourmet networks from Television Broadcasting System.

NekoTV was rebranded as Pop, the kids TV channels Sony operates in the

However, the AXN and AXN Sci-fi channels ceased to broadcast in the territory after a deal with pay TV operator Sky lapsed.