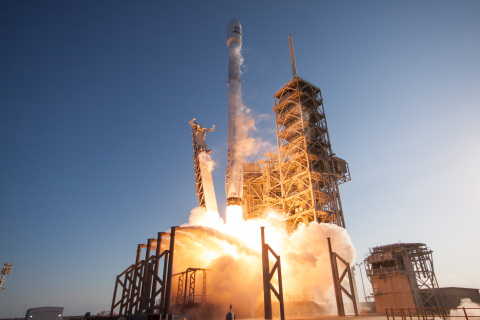 SES-10 launches onboard a SpaceX vehicle

SES returned to growth in the first quarter on the back of its enterprise and mobility business, a return to growth in the government sector and continued progress in HDTV. However, the group’s video revenue dropped significantly year-on-year on a like-for-like basis.

SES expects slight growth in the video business this year. Video now accounts for 65% of the group’s overall business as against 71% a year ago.

SES has also reshaped its market-facing organisation, splitting its video and data-centric activities into SES Video and SES Networks on the back of its acquisition of O3b Networks. Ferdinand Kayser, formerly chief commercial officer, is now CEO of SES Video, while former O3b CEO Steve Collar, has been named as CEO of SES Networks, which comprises the enterprise, mobility and government business lines and includes O3b Networks.

The first quarter 2017 results were fully in line with our expectations. SES returned to growth in Q1 2017 with all of our data-centric markets developing positively, and we remain well placed to deliver sustained growth in all four of our market verticals,” said president and CEO Karim Michel Sabbagh.

“The restructuring of SES’s go-to-market organisation model, with the creation of two natural business units, represents a further acceleration of our market-centric strategy. With SES Video and SES Networks, we are coalescing our differentiated capabilities to best serve customers globally. The launch of SES-10 on SpaceX’s first ever mission using a flight-proven rocket was a further step towards more efficient launch capabilities, and is yet another demonstration of SES’s strategy of working with our industrial partners to be at the forefront of innovation.”