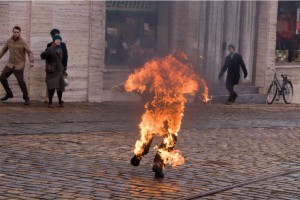 HBO Europe has extended its strategy of working up local originals and is developing new drama series from Croatia and Serbia.

At last year’s Sarajevo Film Festival it unveiled plans to make originals out of the Adria region (Slovenia, Croatia, Serbia, Bosnia & Herzegovina, Macedonia and Montenegro), and has now selected its first projects: crime drama Uspjeh out of Croatia and thriller Otok from Serbia.

The European arm of the Time Warner-owned premium cabler has been pushing into original scripted with country-specific productions such as Wataha in Poland and Burning Bush in the Czech Republic, as well as shows that have been remade for several markets such as the various versions of In Treatment.

The originals push is now expanding to the Nordics and Spain. The first two Adria originals come after a script competition that attracted 500 entries.

Marjan Alčevski’s Uspjeh is billed as a dark dissection of Croatian society. The multi-stranded character-driven follows a group of disparate people linked by a violent crime.

Serbian writer Ivan Knežević’s Otok is an investigative thriller, that HBO said explores “the challenges faced by a region that stands at the crossroads of modern Europe”.

“The First Draft Contest was launched to discover writers and stories across the Adria region and we’ve been really impressed with the quality of the submissions – so much so that we’ve selected two projects for further development rather than one as we initially planned,” said Steve Matthews, VP and executive producer, drama development, HBO Europe.

“Both Uspjeh and Otok embodied the criteria, with authentic and passionate storytelling at their heart, and we’re looking forward to working closely with talented writers Marjan Alčevski and Ivan Knežević to develop them further,” he added.

“Uspjeh and Otok stood out with the quality of the storytelling and the unique author’s voice in reflecting the region and society as a whole, and so have entirely fulfilled the contest requirements,” said Marin Kariž, Country Manager of HBO Adria.