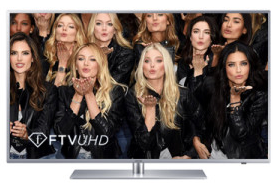 Pay TV operator NTV+ has launched Ultra HD TV broadcasts in the European part of Russia, meaning that it has become the first operator to deliver UHD TV services across the entire country.

NTV+ initially launched UHD services in Russia’s Far East, including Kamchatka, Chukotka, Sakhalin and the Kuril Islands, earlier this month. It then extended the service to the rest of Siberia.

The pay TV broadcaster is airing two channels in UHD – Fashion One 4K and ‘slow TV’ service Home 4K. both are available in its basic package at no extra cost to subscribers.

The move follows the leasing of new satellite capacity and the migration, late last year, of all existing services to the MPEG-4 format by the operator.

The broadcaster said it planned to launch an additional UHD TV channel in the near term.

CEO Mikhail Demin said that the broadcaster had decided to launch UHD TV channels within the same transparently-priced offering across the whole of the Russian territory. The said that enabling viewers to see the same high-quality service across Russia was a key strategy goal for the broadcaster.