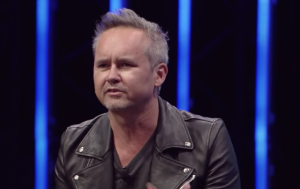 Amazon Prime Video will increasingly focus on original international content with market-specific appeal to drive up subscriptions and sustain its base globally, according to Roy Price.

In a keynote interview at MIPTV in Cannes yesterday, Amazon Prime Video’s head of global content said “there are no global customers so you have to provide a ‘multi-local’ strategy.”

He cited the local success of We are Wanted, the company’s first big German original, as evidence that this approach is paying off, and said that Amazon would look to build its international hubs going forward.

“We are growing our teams in India, Tokyo and London to lead an international originals effort,” said Price.

While some key shows such as The Grand Tour and The Man in the High Castle have a clear global appeal and can drive subscriptions, Price said that this had to be complemented by international efforts.

He said that Amazon would spend “a lot” on international originals, but declined to break down the figures.

Expanding on Amazon’s overall content strategy, Price said that the online video giant also remains active in co-productions and licensing as well as originals: “Our priority is getting the best show; we are pretty open-minded.”

He claimed that the most important factor in creating a ratings-winning show is to give free rein to creativity rather than to rely on data-driven algorithms.

He likened Amazon’s flagship originals to “the top of the totem pole” but said that viewing of kids content and movies is also strong. He added that one key to success is courting top film and TV talent in order to stand out and create filmic TV services or what he dubbed “filmovision”.

“We work with a lot of talent that has traditionally done TV but also talent that comes from film… or people who have done both,” he said.

In relation to movies specifically, Price said that Amazon works with theatrical releases as well as keeping content for its own platform because filmmakers like people to see movies “as intended”.

“Once the move comes onto the service having been in theaters there is also a perception that it is a legit movie. We are very supportive of the theatrical window,” he said, adding that Amazon is now creating about 15 movies a year.

“Our goal is to create movies… that create a lot of buzz and stand the test of time – and win a lot of Academy Awards,” he said.

Price said that this year will see Amazon release a raft of new shows including Jack Ryan, based on the novels by Tom Clancy – the first public clip of which was shown at MIPTV after his keynote.