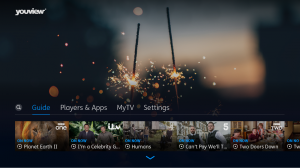 YouView is working on a project to offer addressable linear or dynamic ad insertion, according to the UK TV platform’s commercial projects director Simon Cook.

Speaking at TV Connect in London this morning on a panel titled ‘big opportunities for data in creating business value’, Cook said that YouView is working with shareholders to provide an “AdSmart-like capability to target ads to the set-top box”.

The move promises to help BT and TalkTalk – both of which use the YouView platform to power their TV offerings – start to compete more directly with Sky on the advertising front.

The UK satellite operator started to deliver ads, targeted to different households watching the same programme, after the launch of its AdSmart project in January 2014.

Cook said that YouView’s new ad-targeting offering will “deliver a lot of value to our shareholders” and said the company is “at the start of our data journey”.

“Since last November we’ve been rolling out a new software platform, a new UI, which we call ‘next gen UI’. That is instrumental to collecting all key behavioural data,” said Cook.

“Not only do we know what they’re viewing, we know the journeys to get to that content, where they were in the UI, how long they spent in the UI, what actions they took in the UI. We also collect all key operational data from the set-top box, so we know crashes in the set-top box, we know errors, we know different things about the box.”

Cook said YouView’s aim is to keep customers satisfied at the same time as delivering value to its shareholders – BT, TalkTalk, the BBC, ITV, Channel 4, Channel 5 and Arqiva.

“We’re starting to use data in a diagnostic way to predict errors and problems with the set-top box,” said Cook. “We are testing infrastructure so we’re in a position where we can change our UI quite readily – every two weeks if we wanted – and we can alpha-beta test all new products that we’re going to launch, such as optimisation features.”

He claimed that YouView is currently doing a lot of work around the “data science of segmentation”, looking at how different types of users behave and the ways it can change and develop features to improve the discovery experience.

“We are now stitching together viewing behaviour and operational data and it’s a massive task. I think getting it into a format that the teams that are building these products can use, is actually the biggest challenge,” said Cook.

“I think everyone has data strategy in their strategic plans. It’s how to get decisions made with that data on a day-to-day basis – that’s the challenge we’re facing.”

YouView first signalled that it had started to work on the development of dynamic ad insertion technology following the appointment of chief technology officer Nick Thexton in 2014.