DTG: over 55s are buying most UHD TVs 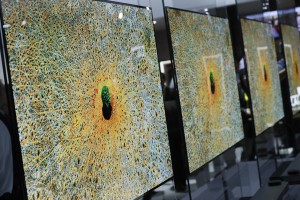 People aged over 55 are buying more Ultra HD TVs than anyone else, but are least likely to view a film, programme or event in this format, according to the DTG.

The UK non-profit centre for digital media technology found that 22% of UK consumers purchased a UHD-ready TV in the past three years.

While the highest percentage of UHD TVs were purchased by over 55 year-olds at 22.78%, it was younger viewers that said they were most likely to opt for a UHD television because they wanted a better viewing experience. Some 64% of 25-34 year olds made this claim.

Some 30.51% of over 55s said they only “sporadically” make use of the UHD capabilities of their TV sets.

Associate Director of the DTG, Peter Sellar, told DTVE that these trends are “probably partly to with the younger generation [being] naturally more aware of what’s going on in the tech world and they’re more likely to be searching out the content.”

“Sport is definitely a big pull,” said Sellar of Sky’s leading UHD position in the UK, though he noted that the pay TV operator is also now offering films and other content in UHD via its Sky Q set-top box.

“I suspect if you just look at the numbers of people who are subscribed to things like Netflix and Amazon as opposed to the subscriptions to Sky, you’ll see that there’s probably a significant difference,” said Sellar.

“I think everybody is starting to come to the table and really what this is meaning is that there’s just more content out there, and if there’s more content more people are going to see the opportunity to then have the best viewing experience they can get.”

More than two thirds of respondents (67.39%) claimed that the Ultra HD experience had surpassed their expectations. Some 55.3% of all respondents also now have a “clear understanding” of the difference between HD and UHD.

The research polled more than 1,000 people who purchased a TV in the past three years.