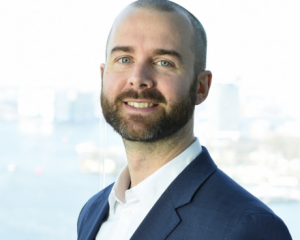 Dee-Shapland has taken up the new post of head of content sales at the AMC Networks-owned production outfit.

He will remain in Amsterdam, where factual-focused distributor Off the Fence is based, but report to LA-based Valerie Cabrera, who has been AMC Studios’ senior VP, distribution since December 2015.

This will see him responsible for selling AMC-owned programming.

Dee-Shapland held several roles at Off the Fence, and was most recently VP, sales and coproductions. He was upped to that position following the exit of Bo Stehmeier for Red Arrow International.

Off the Fence recently upped Ludo Dufour from VP to managing director of sales, while Kurt Thorson was named CFO, effectively taking on the responsibilities of COO Darrel James, who departed in November 2016, as TBI revealed at the time.

“Mark will be an important addition to our sales team, headed by Valerie Cabrera, as AMC Studios continues to expand the slate of shows that we produce and own,” said Rick Olshansky and Stefan Reinhardt, co-heads of AMC Studios in a statement.

“He is a seasoned executive with an impressive track record who will help drive our international sales business and bring AMC Studios content to buyers around the world.”