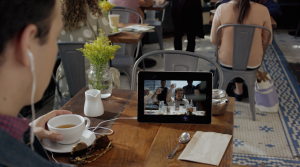 One in five US streaming subscribers now pay for three or more services, with investment in original content increasingly cited as a key reason for signing up, according to a report by 451 Research.

According to 451 Research’s quarterly Voice of the Connected User Landscape (VoCUL) survey, 19% of streaming subscribers are paying for three or more services – up four percentage points on the previous year.

According to the report, consumers are creating their own bundles of video services, starting with Netflix, taken by 95% of multiple streaming consumers, and Amazon Video, taken by 82%. Consumers then add add a combination of subscription and à-la-carte platforms including Hulu, HBO Now and iTunes.

Among all survey respondents who pay for a streaming service, 79% say they subscribe to Netflix and 53% to Amazon Video. Amazon Video has made the most significant gains, up five percentage points on the previous year.

About a third of streaming subscribers said they chose services on the basis of the amount of original content they provided, up eight percentage points year-on-year. Some 36% of Netflix subscribers cited this the reason, up nine points, along with 36% of Amazon users, up 14 points.

Access to movies, cited by 50% remains the primary reason why consumer spay for streaming video, followed by the ability to view complete seasons of TV shows, cited by 45%.

“Netflix and Amazon have spent billions creating exclusive original content to differentiate themselves within a competitive streaming TV market, and our latest surveys show that it’s resonating with customers. Original content has become a much more important factor over the past year in choosing streaming services, and the data shows consumers are simply watching more of it,” said Andy Golub, managing director of 451 Research’s Voice of the Connected User Landscape end-user surveys and research.