Walter Presents moves into the US, launches on Amazon 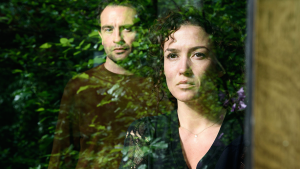 Drama SVOD service Walter Presents has launched in the US over the top and through existing platforms including Amazon’s channels package.

The streaming service launched in the UK by Global Series Network in January 2016 and is backed by Channel 4, with the US rollout the first time the broadcaster has made a move in the international market.

It is programmed with international drama and in the US will have Norwegian series Valkyrien, French political drama Spin and Dutch thrillers Flight HS13 (pictured) and Black Widow.

“In a world where we have so much incredible content and so little time to watch it, it makes sense to watch only the very best TV drama,” said co-founder Walter Iuzzolino (pictured left).

“Until now, much of it lay hidden or scattered across the globe but I’ve solved that problem and brought it together in one easy to navigate streaming channel.”