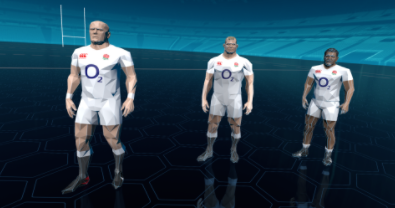 Telefónica-owned UK mobile operator O2 has unveiled a raft of new virtual reality experiences, including one built around the English rugby football team and one enabling music fans to explore the O2 Academy.  A third experience showcasing events at The O2 will be coming soon.

In what it describes as a “world first”, the mobile operator is combining real-life 360°-video with interactive CGI characters, giving gamers and rugby fans the chance to compete against the English national players.

The interactive experience uses Xsense motion capture to provide in-game player movement, taking into accoutn England Rugby players’ weight, mass and average speeds to ensure their character’s movements are as realistic as possible, according to the telco.

VR players are challenged to track the player’s movements, and those of the ball, and take part in virtual drills developed in partnership with England Rugby.

The O2 Academy experience allows users to live through a pre-performance at an O2 Academy venue as either a music fan or a member of a band.

Using an interactive and switchable storytelling technique, users can exchange between the music fan and band perspectives, experiencing what is happening both in front of and behind the stage.

The experience is the first time an O2 Academy venue has given 360° ‘behind the scenes’ access, according to O2.

“We believe in live, and using the latest VR technology we can showcase our live experiences to O2 customers in our stores across the country. Through a combination of world first CGI characters and unique interactive gameplay, each experience has been designed to give the user unprecedented access to O2 Academy venues, The O2 and our relationship with the England Rugby team. We’re excited to roll our new virtual reality in to O2 stores nationwide, Twickenham Stadium on match days and The O2,” said Gareth Griffiths, head of sponsorship at O2.

Paul Gustard, defence coach at England Rugby said: “We really enjoyed working in partnership with O2 to develop this unique virtual reality experience. It’s the only game out there that has had input from England Rugby to create a great experience for fans. I hope the experience gives rugby fans and novices alike an insight in to the way we train and the amount of hard work that is involved in being an International rugby player.”

O2 is making its VR experiences available to try in 90 O2 stores, starting yesterday.The VR experiences will be compatible with platforms including Samsung Gear VR, Oculus Rift and HTC Vive.