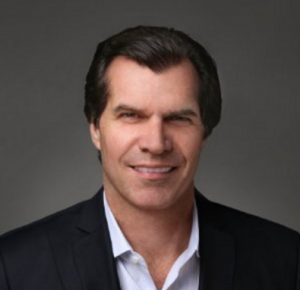 Carey joins Iflix as chief content officer, based in Los Angeles, and brings more than 20 years of digital media experience to the role.

He takes up the new role after more than five years at Netflix, where, most recently, he was responsible for all licensed TV series, kids and family content, and co-productions for the Netflix service in all territories.

Prior to this, he held executive roles in strategic content, digital distribution and corporate development at Sony Corporation and its subsidiary, Sony Pictures Entertainment.

“We are thrilled to welcome Sean, one of the world’s foremost content experts and strategists to the Iflix family,” said Iflix Group co-founder and CEO, Mark Britt.

“His proven track record in leading international content operations and setting global standards will be a key driver as we continue to consolidate Iflix’s leadership position and rapid growth globally.”

Carey said that he looks forward to using his industry experience to help “accelerate the company’s new growth phase”.

“What iflix has achieved in just over a year with its service and multi-territory rollout is incredibly inspiring and a testament to the strength of the company.”

The news comes a week after a group of new investors – including cable giant Liberty Global and Middle East telco Zain – invested US$90 million in Iflix. The firm also secured additional capital from existing investors, which include Sky, Catcha Group and EMC.

Iflix is now available in 10 markets across Southeast Asia, following recent launches in Pakistan, Vietnam and Myanmar. It is also launching a version its service in the Middle East and North Africa in a joint-venture partnership with Kuwait-based mobile operator Zain.