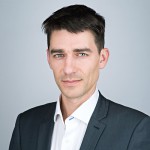 UK consumers are more interested in bundled services than those in France, and price is the key element that attracts subscribers to bundled offerings, according to Ovum.

Making a presentation on the topic at Cable Congress, Tony Gunnarsson, senior analyst at Ovum, said that there is a huge appetite for bundled services in the UK, with a large proportion that don’t take bundles today expecting to do so in the next two years.

While fixed and mobile bundles are largely untapped, there is a reduced level of interest in pay TV among UK subscribers, he said.

While UK consumers appear to be relatively keen on bundling, In France there is more enthusiasm about mixing services from different providers, said Gunnarsson. Those that do bundle typically take telco bundles with few entertainment options. Worryingly for the industry, those French consumers that don’t buy bundles have limited interest in doing so. However, a combination of connectivity and TV could be key to encouraging take-up, he said.

For 16-18 year olds in both countries, mobile and fixed internet is the most important combination for bundling customers, said Gunnarsson.

Some 68% of UK consumers take two or more services from a single provider as a bundle, while 57% of French consumers say they take no bundled services. However, he cautioned, part of this difference may be perception-based, with some French bundle buyers thinking they do not take bundles because, for example, they don’t count basic TV services that are offered as part of their subscription.

UK bundles are primarily centred on broadband, pay TV and mobile. Interestingly, said Gunnarsson, many subscribers think SVOD is part of their bundle even though they only get access to these services rather than have them included in a monthly bill.

The main reason for taking out a bundle in both markets is the perceived price value of the bundle. Receiving a single bill, often seen as a key benefit by providers, was seen as of little value by consumers.

The main reasons for considering a change are value, getting faster broadband speeds – reflecting service providers’ marketing – and to receive better customer service.

Among standalone customers without a bundle – one third of UK customers and nearly two thirds of French consumers, at least according to their perception – fixed broadband is considered the most essential service to have. In both the UK and France, the key reason for not bundling is lack of interest in pay TV. After lack of interest in TV, some do not perceive the price value of a bundle and some simply couldn’t be bothered changing provider to take advantage of a bundled offering.

Over 35% of respondents said they were likely to bundle within the next two to three years. Among refuseniks, price and value are the factors most likely to persuade them to consider taking a bundled offering.