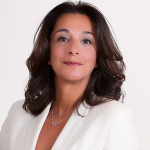 Vivendi has been a leading exponent of creating content specifically for mobile distribution through its creation of Studio+, a dedicated unit set up to produce short-form series for mobile.

Taking part in a panel session on mobile content at Cable Congress, Baviere said that the idea behind Studio+ came from the fact that “it fulfills the expectations of a  generation on the move”. She said that research showed more and more Millennials are watching short-form video on their mobiles, but are also interested in the type of high-end drama currently only available on TV. “They are increasingly fans of high-value scripted drama, and there is none in short format so we decided to fill that gap.”

Each season created by Studio+ comprises 10 episodes of 10 minutes in length. The shows are created with mobile viewing in mind, using narrow angles, high-intensity screenplays and cover multiple genres that are “compelling to this new generation”, she said.

Baviere said the cost of high-quality drama was high. However, she said that the content appealed to all age segments, not just Millennials. “It is not just about digital natives versus the rest,” she said.

Baviere said that Vivendi wanted to create “powerful unexpected stories with global relevance” that would appeal to Brazilian as much as US audiences. “We focused on drama, action, thrillers and romance and left out comedy because we believe comedy travels very poorly,” she said.

Baviere said that producing high-value content meant that there is a need to seek multiple ways to make a return.

“A direct to consumer proposition helps you monetise the content you are producing. If you partner with major telcos that see a host of benefits of including the content in their tariff plan – it all depends on the business model that you have,” she said.

Baviere said a range of monetisation models were possible for short-form content – “whatever works best to get this content to a larger audience possible”.