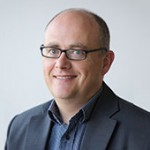 Most Europeans still believe that it is legal and acceptable to view pirated content but education can help change views, according to Rory O’Connor, VP of services at content security specialist Irdeto.

Some 62-72% of Europeans believe it is legal to produce, share, stream or download prated video, according to research commissioned by Irdeto.

Awareness varies widely between countries. While UK consumers are relatively well educated about piracy, with nine in 10 knowing it is illegal, nine out of 10 Russians believe it is legal to pirate content. Swedes are very well educated about piracy but still do it – two thirds of Swedes admit to pirating content. Swiss consumers, on the other hand, are the biggest pirates in Europe after the Russians.

“The good news is that education does work,” said O’Connor. Some 44% want to reduce or stop pirating content when they know it hurts the industry’s ability to invest in content creation.

Globally baseball is the most popular pirated sport, but football is catching up. Still some way behind the leaders, Formula 1 is also catching up as it goes behind a paywall, said O’Connor.

Irdeto’s survey also found a generation gap, with young people typically using mobile phones and laptops to view pirated content. Older pirates use illegal set-tops. In the UK, nine of 10 people know piracy is wrong but among over 35s, up to one in five admit to use a Kodi box – a device widely used to view pirated content. O’Connor said that there has been 40% year-on-year growth in the use of illegal devices in the UK.

A legal case that came to court yesterday forced UK telcos to block Kodi streams. The Premier League secured a court order  that five it the power to have computer servers used to deliver pirated streams blocked. Until now, it has only been possible to pursue individual video streams.