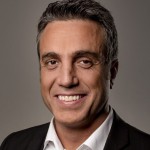 eSports is set to become the biggest sport in the world and surpass football in popularity, according to Gabriel Catrina, chief strategy officer, Modern Times Group (MTG).

“This is going to become the biggest sport in the world in the future – it is going to be bigger than soccer. It is becoming a real phenomenon. Last year we had 34 million live views,” said Catrina, speaking on a panel on mobile content at Cable Congress.

“The industry is quite small today, but is expected to be worth US$700 million this year. It is not just Millennials, not just kids playing games. We have made a big bet on it and we are working with partners. We launched an eSport channel last year and we have partnerships with Vivendi and Telefonica,” he said.

Catrina said that, while mobile video embraced as wide a range of content as traditional TV, “the new thing defining the culture is gaming”, with Millennials spending more time on gaming than on traditional video.

He said that MTG had been quite early to see the potential of eSports and was now running global leagues for the majors.

Speaking about mobile video more broadly, Catrina said that interactivity is key and one of the biggest things that differentiate mobile content from what has gone before.

“You can talk about Millennials but for me it is more about behaviours and special interests. There is a ‘digital native’ segment in all age groups of the population,” he said.

Catrina said that live video is becoming increasingly important as part of the mobile mix and is taking on the role of locking audiences into digital platforms at specific times of the week, as it does for broadcast TV.

He highlighted the range of social interaction generated by MTG eSports unit ESL’s recent  event in Katowice as an example of what sets mobile live content aside.

Catrina said he believed that new viewing patterns observed among Millennials would continue with that audience into adult life, meaning mobile video is here to stay.

“Behaviour takes quite a long time to change. People born in the 90s behave in a different way and I think that will continue into adult life, even if they have less time to consume media,” he said.

He said that Facebook and YouTube have an older audience today than Snapchat and Instagram because those platforms have been around longer and have had audiences that grew up with them, providing evidence that people are retaining their media habits as they grow older.