Amazon is “definitely open” to video partnerships with cable operators and the firm does not see itself as a direct threat to the traditional pay TV industry, according to Alex Green. 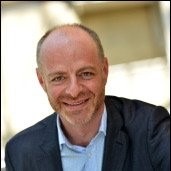 Speaking at Cable Congress in Brussels this morning, the managing director of Amazon Video said that while Amazon has not been as active at partnering up with pay TV operators as Netflix, it does speak to cable industry players and “Amazon is definitely open to those partnerships”.

Green said that Amazon has been primarily focused on improving its service for customers, but pointed out it had also worked with a “huge range” of device manufacturers and has also brought its own line of devices to market – such as its Amazon Fire TV devices.

The comments came a day after Liberty Global’s Central Europe CEO, Eric Tveter, said on the same Cable Congress stage that Liberty is currently “evaluating” whether to offer Amazon’s video offering, after striking a broad deal with Netflix last year.

Speaking on a panel today dedicated to the theme of over-the-top video, Green – who previously worked for BT TV and Virgin Media – denied that Amazon posed a direct threat to the traditional TV operator model.

He said that services like Amazon, Netflix and others “easily co-exist” with the cable and pay TV industry. “Compared to, if you like, traditional broadband, triple-play, quad-play businesses, this is not a zero-sum game.”

Green said that Amazon’s Prime Video Channels initiative in the US has seen it work with over 100 brands, helping them to deal with “that technology and marketing challenge” and allowing to them to “really focus on content”.

“We positively encourage brand-owners, content providers to go direct as well. There’s no notion that Amazon should be an exclusive route to market and indeed if you’re going direct, strategically you are typically investing a lot in the content,” he said.

“We work with people who have both models, but HBO is a great example. Their direct-to-consumer service – we offer it all over the Amazon channels in the US – we think it’s very complimentary. It supports their growth, it improves the marketing, makes sure they’re on every single platform, so there’s definitely room for growth and we encourage that.”

Discussing the future direction of the pay TV industry, Green said that channels – either linear or SVOD – are in essence brands that are starting to transcend the “old view of the world” of having a 24/7 linear channel with some VOD on the side.

“Really you are a provider of an edited selection of content under your brand, and that can be delivered both linear and on-demand in the best way for that particular customer. That’s a shift going on from the channel operators.”

Looking ahead, he added: “Almost talking about the OTT market I think is wrong. I think consumers now just think ‘there’s TV, there’s video, there’s movies’ and how they get that is just going to be increasingly transparent. It’s going to be less ‘am I with that provider or that provider’. They will have that freedom to pick and choose.

“I think a very interesting area in the end will be sport, which is traditionally an absolute bastion of cable or pay TV broadcast networks. If it wasn’t for sport, who knows. But that’s an interesting area for the next three to five years.”