Liberty Global is “evaluating” whether to offer Amazon’s video service, after striking a global deal last year to distribute Netflix through its set-top boxes, according to Eric Tveter. 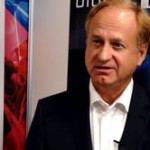 Speaking at Cable Congress in Brussels this morning, the CEO of Liberty’s Central Europe group described the Netflix deal as “good partnership” and dismissed fears that such deals push cable operators closer to being ‘dumb pipes’ for other companies’ content.

Tveter said Netflix integrates “elegantly” into the Liberty platform, and likened it to a premium channel deal – albeit with margins that “aren’t as high as the cable experience in the US with HBO, Showtime and others.”

While he wouldn’t go into the terms of the agreement Liberty had reached with Netflix, he said it was a “positive” revenue share deal, and said that Amazon’s offering is something “we are evaluating at the moment”.

Asked whether YouTube’s recently announced launch of an over-the-top TV offering in the US was worrying development, Tveter said it was not a cause for concern, claiming: “we want to be the best aggregator for content and make it easy for consumers.”

“People want to do business with a company they know and trust and has a dead easy user interface.

“I don’t think there’s any danger of us become a dumb pipe in the future. We have a great network, fixed-mobile convergence is emerging as an important trend and I would argue that the skinny bundles, so to speak, in the end it will cost consumers more.”

Speaking on the same panel at Cable Congress, Com Hem CEO Anders Nilsson said that the role of the cable operator has always been to “aggregate content in the right way at a reasonable price” and this would remain the same in the future.

However, he said it “really doesn’t matter” if it is the big SVOD providers that are providing that content, as the cable operator will still serve the customer in the role as aggregator and broadband provider.

“If you look at the OTT services available in our market, to be able to get the same kind of content that we provide, over our service, you would have to pay a prohibitive amount of money,” said Nilsson.

“The question remains what happens if some of the big guys come in and try and run over us? That could happen and then we may end up as a dumb pipe in the end.” However, he added: “even the worst case scenario is probably not that bad”.