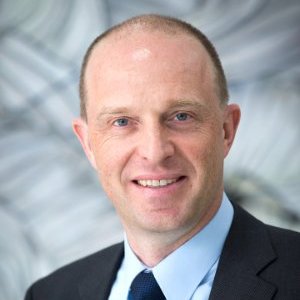 Speaking on a panel session at the event, Colin Buechner, managing director, access networks, Liberty Global said that his company would offer a 1Gbps product as “as starting place” using DOCSIS 3.1. However, he said that deployment of the technology would give Liberty’s networks much improved reliability and enable it to use spectrum more efficiently. He also said that while customers may not subscribe to top-tier speeds, in general, the faster the network the more use consumers make of it.

“We are not upgrading just to offer higher top speeds. First, increased consumption goes hand in hand with speed upgrades even for customers that don’t use these very high speeds,” he said. “DOCSIS 3.1 is a great technology and offers us significantly higher efficiency than we have today. We can offer 30-40% more bandwidth with the same kind of spectrum and I don’t think we’ve  had this opportunity ever before. Our plan is to introduce DOCSIS 3.1 starting from now and at the end of the year we’ll have the first networks migrated,” he said.

Answering a question about cable’s ability to compete with fibre in the longer term, Buechner said that the main competition now was in downstream bandwidth, where cable can compete effectively with fibre. He said cable’s relative weakness in providing symmetrical upstream capacity was not so important, at least in the medium term, because demand for upstream capacity still lagged.

Thomas Helbo, CTO of Swedish operator Com Hem, speaking on the same panel, said that DOCSIS 3.1 was useful because cable was under pressure from FTTH operators, which used speed as a marketing strategy. “We need to keep up with that,” he said.

Helbo said the technology would be also useful to enable cable to push fast WiFi as a service. He said DOCSIS 3.1 would gfve Com Hem a significant advantage over competitors in this area.

Helbo said that Com Hem was also seeing strong competition from fibre operators in its core multiple dwelling-unit market. “It is important that we don’t see ourselves as selling technologies but as selling services and we need to beat the competition on services regardless of technology,” he said.

Helbo said that Com Hem is rolling out CCAP currently and will have most networks upgraded within a year. He said the company would roll out DOCSIS 3.1 subsequently and wanted to be able to offer higher speeds if they are needed as a competitive tool.

Matt Beal, group technology director at Vodafone, also speaking on the panel, said that his company would use DOCSIS 3.1 technology for backhaul and as “an additional tool” against fibre.