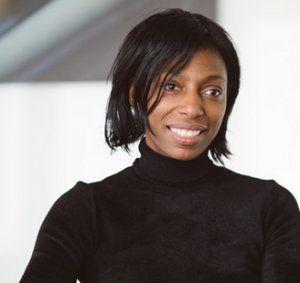 UK regulator Ofcom has said that it “consider[s] it appropriate to examine any implications of a change of control over Sky for its holding of broadcast licences”.

The regulator said it will outline the timing of its own look at whether Sky is fit to hold a broadcast licence in the UK when it becomes clear if state for culture, media and sport Karen Bradley is going to ask for an investigation into the proposed acquisition of Sky by 21st Century Fox on public interest grounds.

Ofcom’s move follows Bradley’s separate statement on March 3 that she is minded to intervene on the grounds of media plurality and commitment to broadcasting standards.

Ofcom said that while a public interest assessment called for by Bradley and its own responsibility under the Communications Act to asses whether broadcast licensees are “fit and proper” are separate legal processes, the issues the regulator considers as part of the public interest assessment may “overlap” with its own consideration of whether Sky is “fit and proper” to hold a licence in the event of 21st Century Fox taking over the 61% of the company that it does not already own.

A group of UK cross-party politicians last month called for Ofcom to launch a review of the proposed merger based on 21stCentury Fox CEO James Murdoch’s suitability to hold a UK broadcasting licence.

The group, led by former Labour leader Ed Miliband, has written a letter to Ofcom CEO Sharon White calling for the regulator to carry out a test of whether Murdoch is a ‘fit and proper’ person to hold a broadcast licence.

Ofcom carried out a test of whether Sky should hold a broadcast licence in 2011 at the height of the phone-hacking scandal that scuppered the bid by News Corp to take control of BSkyB, as the pay TV operator then was.

Shadow culture secretary Tom Watson yesterday weighed in to the debate, pushing Bradley to investigate the acquisition on media plurality grounds and also asked whether Ofcom would conduct a ‘fit and proper’ investigation before approval of the merger was completed.

Making the case for the acquisition, Murdoch last week said that 21st Century Fox’s consolidation of Sky will provide a major boost for creative industries in the UK as well as Germany and Italy.

Speaking at the Deloitte Enders Media & Telecoms 2017 & Beyond conference in London, Murdoch also said consolidation was necessary to ensure that Sky could continue to compete with the internet giants that are now playing a growing role in the media business globally.