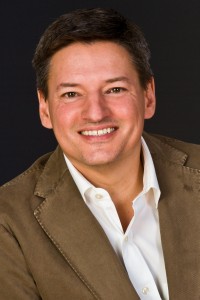 Netflix has launched a European charm offensive, claiming a to-date spend of US$1.75 billion in the continent and announcing it is coproducing three more dramas there.

The US-based SVOD service has been criticised for under-investing in Europe, and last was year the European Commission unveiled plans that would require it and other streaming services to source 20% of their content from the region.

In typically bullish fashion, Netflix this week held a press conference in Berlin this week in which deals to coproduce BBC dramas Troy: Fall of a City and Black Earth Rising and Canal+’s The Spy were revealed as part of the effort to talk up its European offer, attract regional partners and send a local production message to media and regulators.

These all comprise part of the US$1.75 billion that Netflix claims to have spent in the region since 2012, when it invested in NRK1 comedy Lilyhammer. The figure includes acquired, original and coproduced content, and some upcoming projects.

As for its new programmes, Netflix has taken international rights to David Farr-penned Trojan War drama Troy, which is for BBC One in the UK and comes from Wild Mercury in association with Kudos; and BBC Two’s intricate political thriller, Black Earth Rising, which comes from Greg Brennan’s Drama Republic.

From France, Netflix has bought international rights to The Spy, which Homeland writer Gideon Raff has written and produced. The series follows an Egyptian Jew who operated undercover in 1960s Syria, and comes from Alain Goldman’s Legende Films (La Vie en Rose).

Netflix’s overall annual spend is around US$6 billion, the bulk of which comes from investments in the US.

“Great storytelling knows no geographic bounds. After four years of original programming and filming in 18 countries, we know compelling stories can come from anywhere and no matter their origin, can resonate with audiences around the world,” said Netflix’s chief content officer, Ted Sarandos.

“In fact, of the European shows available on Netflix last year, more than half of watchers came from outside of Europe, which is why we are confident our upcoming slate of international shows will be enjoyed by viewers in their home countries and beyond.”