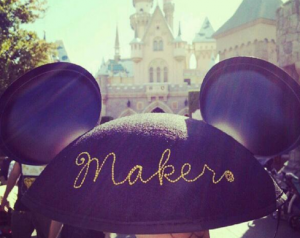 Disney’s Maker Studios is cutting some 80 jobs according to press reports coming out of the US.

The Wall Street Journal reported that Maker is making the layoffs as it “radically shrinks” the number of YouTube creators it supports from 60,000 to as little as 300 video makers with large followings.

The Hollywood Reporter said that the 80 layoffs are being made by Disney across its digital media unit, which including Maker Studios, as it aims to further integrate the YouTube network into its consumer products and interactive media business.

In a statement published by THR, Disney’s executive vice president of content and media for its consumer products and interactive media arm said: “We’re building a digital media network of Disney and non-Disney content for kids and millennials on the platforms they use every day.”

“For advertisers, this network offers mobile, video, short-form content, micro-content, and influencers, all at scale.”

The news comes a week after Disney and Maker Studios distanced themselves from one of Maker’s biggest stars, PewDiePie, after the YouTube star posted videos that included antisemitic comments.